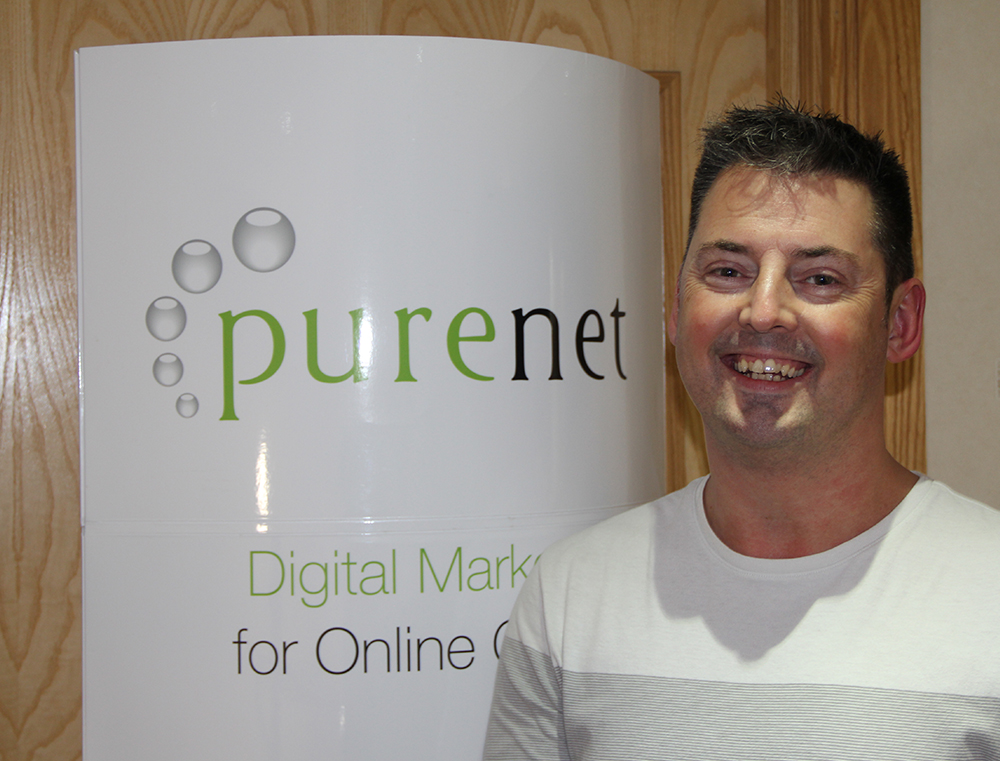 The radio host headed to ecommerce development company PureNet, based at York Business Park, Poppleton, to step into the shoes of an apprentice for a day. As part of his challenge, he was tasked with developing and designing his very own custom-built website.

After introductions with a team of Developers, Designers and Marketers, Ricky had a hands-on tutorial on the basics of photography and design. After completing the page design Ricky began working with the Development team to He then joined the Testing team to perform the final checks before launching his own site, minsterfm.purenet.co.uk.

Post site-launch, Ricky partnered with PureNet’s marketing team, Agency51, to discuss the many methods of digitally marketing a new website. Ricky said of his learning experience: “I’ve thoroughly enjoyed my time at PureNet and learned so much.

“I didn’t realise what went on in the fields of ecommerce website building and all the other areas that PureNet works in. Being an apprentice in the world of computing can be really rewarding both financially and in terms of your own personal growth.”

PureNet CEO Dr Paul M. Gibson said: “We were delighted to welcome Ricky to the PureNet team. Ricky absolutely excelled on the day; we had lots of fun taking Ricky through an example website project and the end result showcases his newly learned design, development, testing and marketing skills. I think we can all agree #putadjtoworkweek has been a huge success!

“We think apprenticeships are undoubtedly something to be celebrated. We are thankful to be part of an exciting initiative that helps to encourage more local businesses and individuals to be part of such a great scheme. I would like to extend my thanks to York College, Minster FM and, of course, Ricky for spending the day with us. You are welcome back anytime!”